The GM4000 is a state of the art drilling module and setback tower from National Oilwell Varco and Nymo. The project is the latest of several successful projects for this partnership between two cornerstone companies from the southern region of Norway. NOV has been responsible for the concept layout, systems engineering and equipment supplies. Nymo performs the structural global analyses and structural design, detailed multidiscipline design engineering, detailed layout, fabrication engineering, construction, equipment installation, mechanical completion and LCI documentation.

Work at Nymo is progressing as planned at Nymo Grimstad Yard (Vikkilen) and shipment of the drilling module from Grimstad to China is set to April 2011.

Island Innovator will have a mud treatment module designed by NOV/Nymo and manufactured by Wison, in China.Design was delivered in 2008.
Hydraulics High Pressure Unit (HPU) for the “Island Innovator” has been constructed by Nymo.

Mobilization start-up is scheduled for end of May 2012 in Norway. 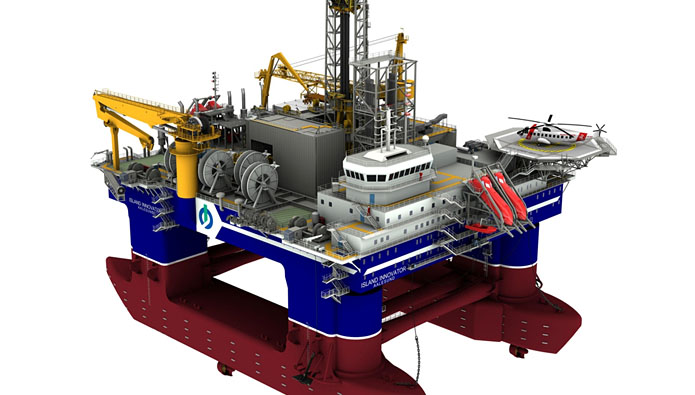